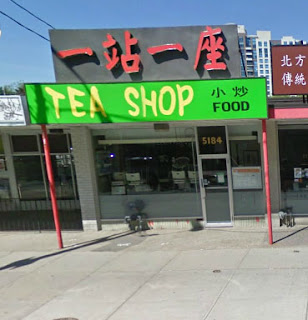 So on yonge street, between finch and sheppard, there are a few bubble tea places, there's teashop 168, near by is Ten Ren (by the Loblaw's), and then there's the teashop with no name other than Tea Shop Chinese Characters.... WELL, good thing i took a picture of the menu, because the elusive name of this little tea shop is indeed:
"STOP & SEAT"

where i would have translated it as... one bustop one seat. oh. there was no bus in there. so i would have been right if i could actually read things without associating them with other words... 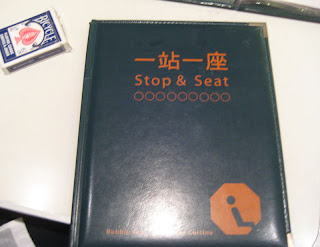 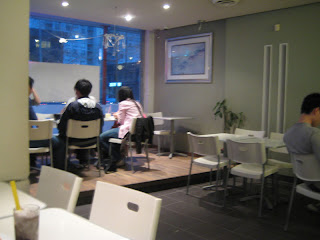 they let you sit there for as long as you want, there's free wireless, you get to play with cards. wait. that's every other bbt place. ok how is this place different.... 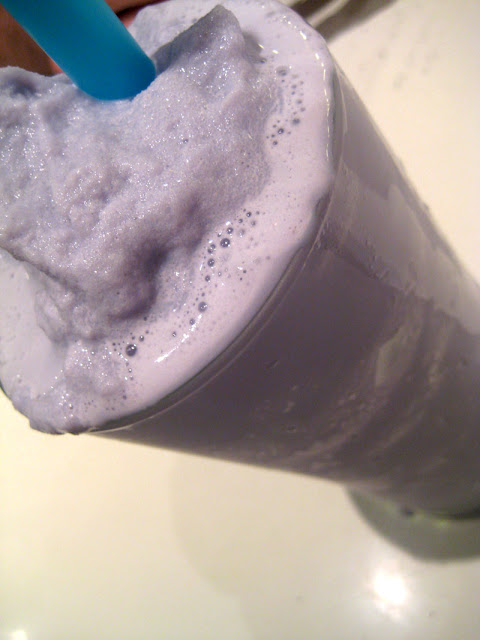 i really like their Taro Sherbert. which is what i get. and all that i get. 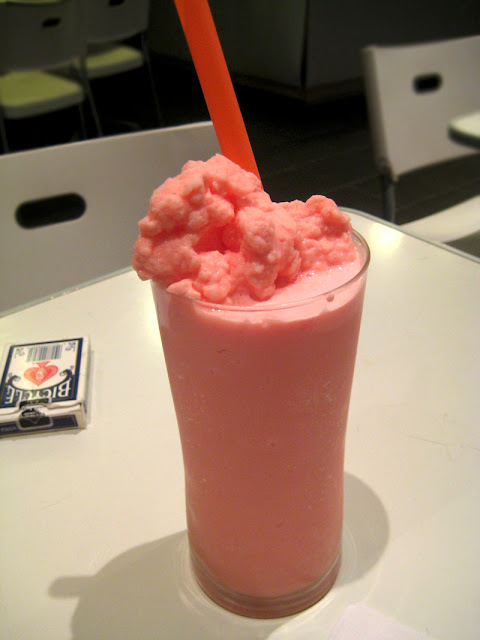 and my date only ever gets the watermelon sherbert. 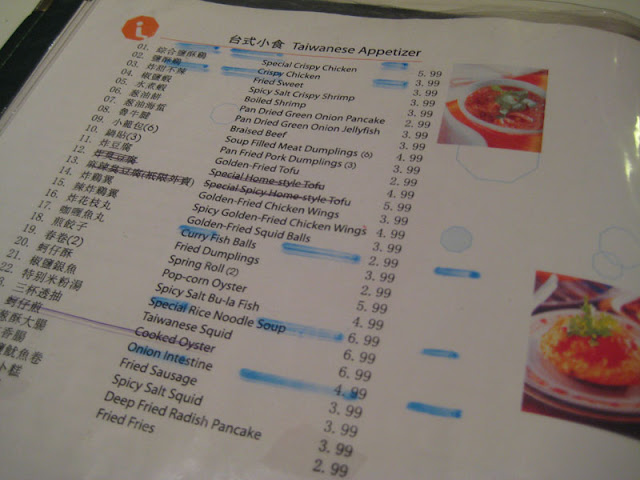 There's a nice assortment of yummy taiwanese treats... tho many have been crossed out... i really would have liked to try the "Onion Intestine"... 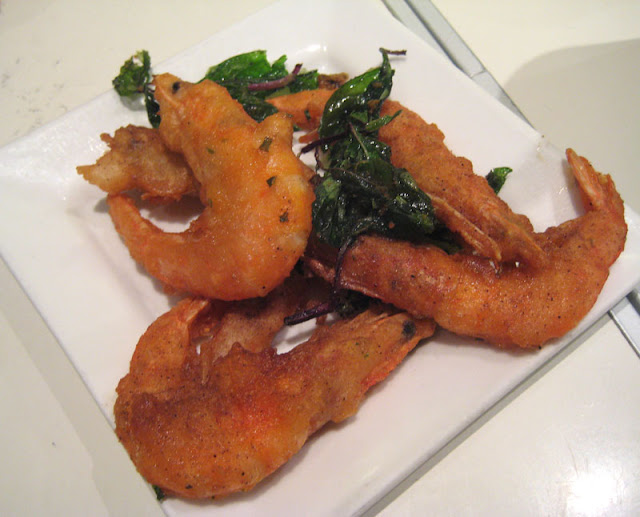 Here's the Spicy Salt Crispy Shrimp -$3.99
I love eating this, heat and all, and the deep fried basil adds a touch of greenery, so i feel this is a healthy dish. 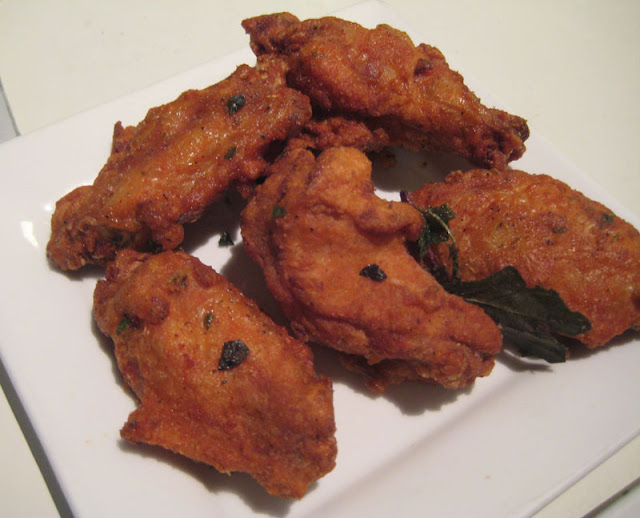 Golden Fried Chicken Wings - $3.99
mmmm i've probably devoured a couple dozen of these, which tells you how many multiple orders i order each time i sit! at one stop and one seat! the wings are super juicy! (though i must say that Teashop 168 has pretty juicy wings itself!) 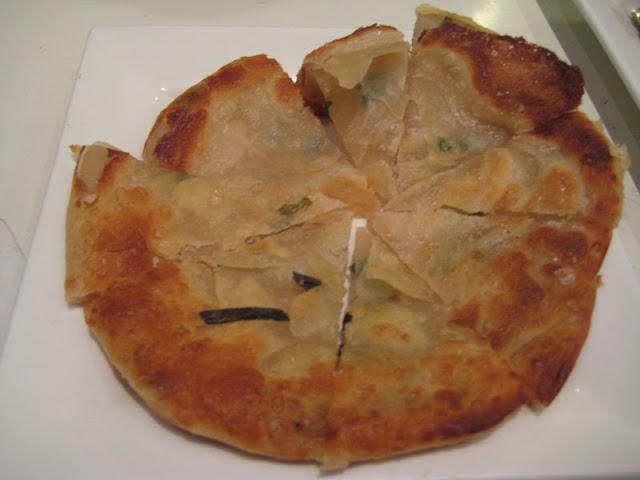 Pan Dried Onion Pancake $2.99 (I wonder if they meant "Fried")
These are mini pan fried onion pancakes, i like them cause they're perfectly fried up cause they're small, and i also get to feel like a giant. 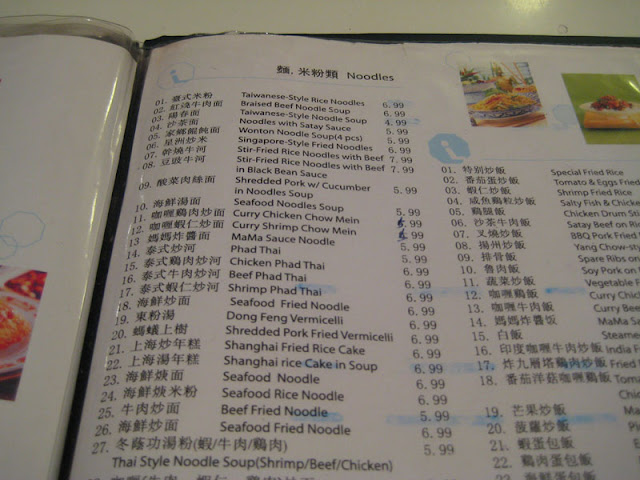 I usually only order the appeys, but there was one occasion (and if you know me, it was known as the time i spent $60.00 at a BBT place... and now you know why)... anyway, i was not in the mood to go home (scared of my roommate), and decided to hang out all night and play age of mythology at BBT..... haha... hey also i ate, so its ok. 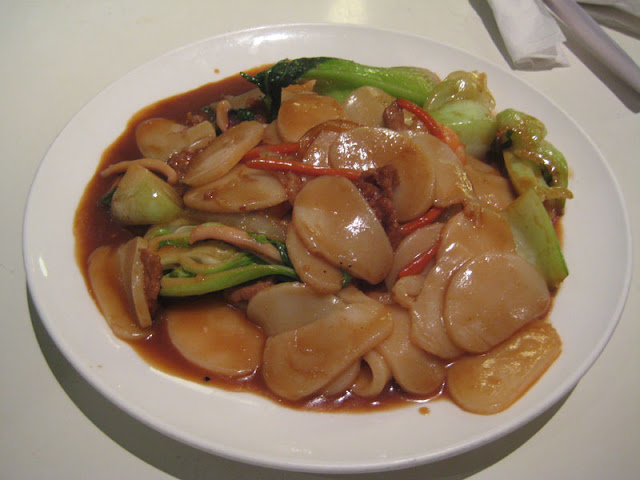 Shanghai Fried Rice Cake - $6.99
For around the price of an extra value meal... you can get a burger and fries or shanghai fried rice cake. I'm not sure why i'm making the correlation cause now i really want a burger so there is no point to this sentence.  But! i always like gluttonous rice cakes, i love the chew chew chewing, its like eating salty gummy bears. if... that appeals to anyone... at all. 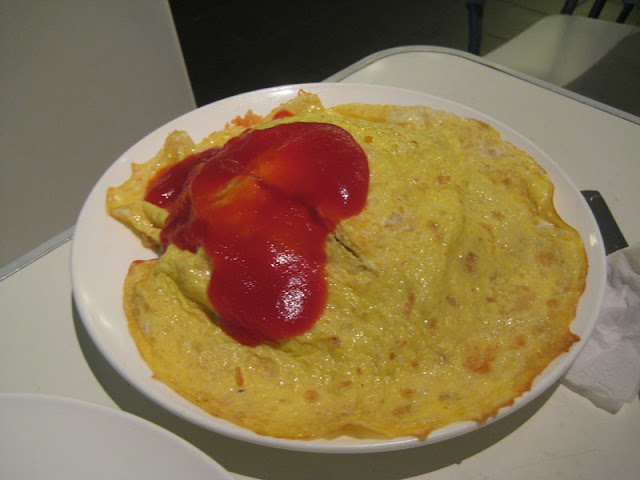 Here's some sort of fried rice in egg, im sure it was around the same price range, like $6-7 bucks.  Im an OK with this, i'm always impressed by a thinly fried scrambled egg, with really no other reason than it looks pretty cool when it's covering a plate of rice.  i think i remember the rice was also ketchupy tasting. so... kind of overkill on that. Another attempt to try something new, some lemon chicken. again it was OK! Obviously it was all devoured but... i really like the lemon chicken at Oh Geul Buh Geul the Korean bbq place a few blocks down.
I think the next time i go, i'll continue to stick to the appy's. They're deliciously tasty, though it can rack up the bill, and a few bucks each, but washing it down with an ice cold sherbert... mmmmm. thank goodness it's opened late!!!!
Posted by JessicaEats at 8:24 PM

JessicaEats
Me?! I've got an interesting take on life! so translate that into food! Not so much a food blogger than writing down my thoughts through experiences of food! i have no knowledge what so ever and make stuff up all the time. am not reliable source of info. am reliable source of funny :) well... i think im funny....